In October 2017, a war broke out in the northern Mozambican province of Cabo Delgado near natural gas deposits. The districts where this war originated are in a region where the Churches of Christ have not yet evangelized. It is also an area that is generally Muslim and resistant to Christianity. Since the attacks are happening in the north, near the Tanzanian border, most people are fleeing to the south. Some have fled the province, while the majority have sought refuge in the southern part of the province. Currently, the number of people displaced exceeds 700,000 people.

As of last year, it isn’t uncommon to see boats full of displaced people arriving on the beaches of the coastal town of Pemba or trucks full of displaced people entering the inland city of Montepuez. Many of those who have means are fleeing the province, arriving in Nampula, Zambezia, or other places in the country’s center. Many have fled on foot after insurgents attacked their villages. With only the clothes on their backs, they seek refuge in the bush and then travel on foot to safer places. Many have left behind families who failed to flee or were captured or killed. Others were separated from their families. Many of them have fled during the rainy weather, abandoning their farms, arriving in new areas where there is already hunger due to last year’s poor harvest.

Several churches in the region have helped and assisted these displaced people. Sometimes it is simple help, offering: corn, pumpkins, beans, mats, pots, plates, clothes, salt, soap, or lodging. Due to financial limitations, it is not possible to help with everything, but the churches do their best. When a child of a displaced person was sick, the church in Menheuene contributed 50 meticais (80 cents) to go to the hospital. In the same congregation, Deacon André Álvaro reported the arrival of a hungry family without any possessions. He offered 10 kg of corn and said, “The sadness doesn’t end, but after helping, the situation becomes a little better.”

André’s church is making a plan to visit displaced families. He mentioned that he has been learning how to conduct these visits. “When we come to their houses, we don’t complain because they don’t give us chairs to sit on, but we sit with them on the floor, for they have no chairs to offer!”The Mozambican churches began helping, at first, using only local funding and resources, and only after they had started the ministry did they receive help from outside. Some churches in the United States sent funds to help the Mozambican churches ministry with the displaced. The US churches gave to the Mozambican churches that are distributing the support to their neighbors. This way, the community will understand that the offerings are, in fact, from the church.

Mozambican believers have distributed food, school uniforms, clothes, pots, mats, and other necessities. Aid has been directed at helping and teaching families to develop their livelihoods to not depend on outside help. Some have received hoes, machetes, and bicycles. Others who were carpenters have received saws, hammers, and chisels. Others have received ingredients to cook food to sell on the street. Others are now selling fish or clothes with the aid they received.

There are many needs that these displaced people have beyond the physical ones. They are spiritual and emotional difficulties due to the hardships that they have experienced. In December, the missionaries, who work in Montepuez, organized a seminar on ministry with people who have suffered trauma. Some brothers and sisters from the Church of Christ participated and learned how to work with traumatized people. Goncalves Ignatius relates the story of a displaced man he met and how “his daughter and son-in-law were beheaded in his presence, and he was forbidden to cry.” There are many such stories. But Goncalves noted that in his church, “God puts in the hearts of members and leaders the spirit to serve, love, and encourage. So they lead many to Jesus.”

It is good to understand this crisis as an opportunity that we have. Brother Goncalves said, “We have to see this situation as a work that God has given us so that through our way of serving, glory, and honor will be given to God.”

In some congregations, there have already been many who have converted. This has happened in the churches of Balama, Namuno, and Montepuez where people have given their lives to Christ. Deacon Luis Pedro told the story of a family of five who started praying with them in the Church of Christ in the Mirige neighborhood in Montepuez.

Those displaced are from a variety of cultures and speak different languages including Macua, Maconde, Muani, or Macue. Some of the more educated speak Portuguese, although many do not. Others speak Swahili because of the proximity to Tanzania. Napoleon David, an evangelist in the village of Namuno, has received some in his church who speak the Makonde language. He says, “Previously, we used only one language in the services (which was the Macua language), but now we use Portuguese.” In the Balama district, evangelist Gonçalves Inácio is discipling a new Makonde believer. He hopes that God will use this man to reach his people for Christ.

Most churches of Christ in northern Mozambique speak either Makua or Lomue (very similar languages). The language difference is a big challenge for ministry among the displaced people. There are also cultural differences. The Makonde are generally Catholic and show interest in church. The Muanis and Macues are Muslim and have been very resistant to Christianity.

The churches are learning a lot in the process of this ministry. Brother Napoleon David says that “There was not much willingness to help, but now we are seeing the church being generous. Being generous is pretty important. I look at them and think, ‘What if it was me?’ Anything I have deserves to be shared.” In Montepuez, Brother Luis noted the same thing, “The church has learned to love those who are suffering and help all the people they don’t know.”

The Churches of Christ have been present in northern Mozambique since 1968. They emerged through brother Dias Bento Feliciano who had come to Christ while living in Malawi. The church started to develop even during the civil war, and today it is numerous in the north of the country, especially in Zambezia province.

A missionary family that is working in Tanzania has plans to move to Mozambique later this year. Aaron and Marisa Bailey have been working for fifteen years in Tanzania and speak the Swahili language. They will be working with A Church of Christ missionary team that has been working with the local church in Cabo Delgado since 2004. This will be very helpful in working with the displaced people. A big challenge that the church has is that many of the displaced people do not speak either Makua or Portuguese. Many understand Swahili even though they are Macondes, Muanis, or Macues. 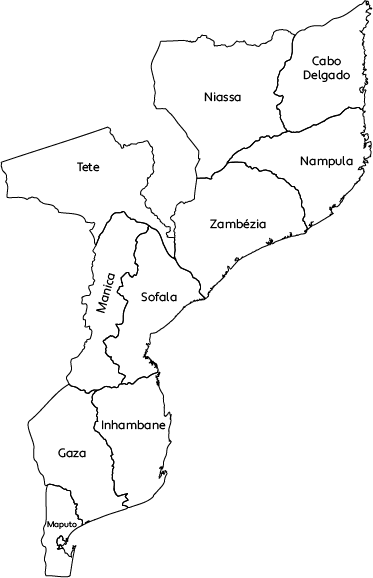 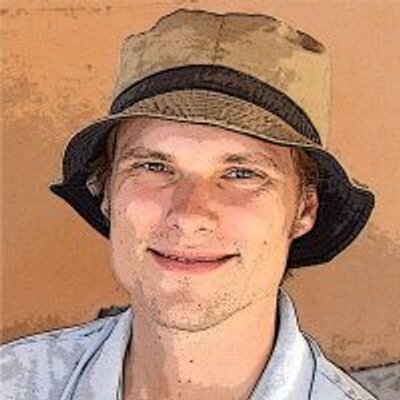